The fascination with things that move; how things work; where we might go; transporting objects and people; these are the ever repeating themes of play in our house.

So here’s our ‘Transport Top Ten’ that the Cornish Kids would like to try/have tried. 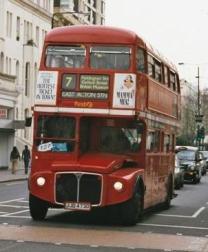 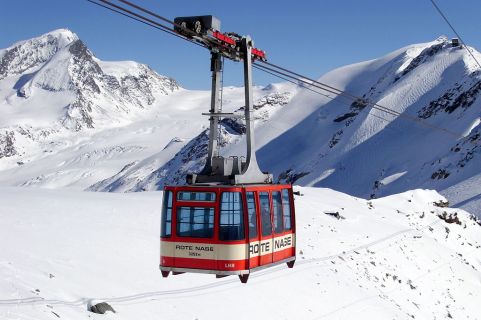 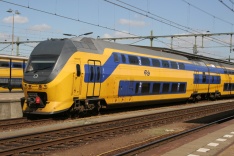 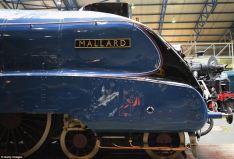 Cable car
Who doesn’t like a cable car? Ok maybe quite a few people, the height plus the rocking, but somehow this has captured the kids imagination. There’s a lot to know about cable cars it turns out, if you want to get the technical know how it’s here.  The world’s longest cable car ride is the Norsjo ropeway in Sweden but at 13 kilometres, 1hr 45 mins, this may be for the real enthusiasts. We’re more likely to try the one at the Heights of Abraham and learn a bit about caves and fossils in the meantime. Or possibly the Alps for the true mountain experience.

Routemaster Bus
The kids Great Grandad G was part of the design team for the iconic Routemaster bus so it holds a special place for us. After the fire at the Western Greyhound depot in Cornwall, buses were loaned from around the country. We spotted buses from Blackpool and Brighton and an old Routemaster, on which which we managed to take a short trip. Check out the heritage route 15 that still runs in London. Perhaps one day we will travel on a Routemaster in it’s natural habitat.

Steam Train
Eldest visited the National Rail Museum in York with Grandma and Grandad B some years ago and sat aboard the Mallard. On the same holiday we stood and watched a steam train as it passed the level crossing; barriers plus signal box plus steam train, joy of joys for our little boy!  We’d like to visit the train museum again sometime, and of course travel on a ‘real life’ steam train.

Funicular railway
I found this list of funicular railways around the world. That would be some list to tick off. There’s also a comprehensive list in there for the UK. I remember going on the cliff railway at Lynton in my childhood and we hope to take the kids there when we’re camping in Exmoor later in the year. I’d better prepare for all those ‘how does it work?’ questions.

Taking the train to France
Eldest is particularly keen on taking the train under the sea. The Eurostar has the advantage of involving a trip to London and embarking at St Pancreas. The Eurotunnel service would involve taking the car, on a train, through a tunnel. Triple whammy. But as it would mean driving to Folkestone, we will probably be sticking with the over, rather than under option when taking the car to France. You can watch videos on you tube of people using the Eurotunnel. Should you be interested and have some time to spare.

Car ferry
We were all excited about out first family camping trip to France last year. As we neared the port, Eldest was spotting signs for the ferry and we were working out all the arrangements when Youngest began crying, saying ‘No, not on a boat!’
Both the children enjoy spending time with their Grandparents in Mevagissey. They are frequent visitors to the harbour and love looking at all the fishing boats. Her world experience told her that a van on a boat would be a very precarious thing. Thankfully with a bit of explanation she was happy with the arrangements and even happier when she got in the soft play area. It’s easy to forget how much we have learned about the world through experience; it’s why kids learn so much by doing and why we all benefit from trying new things.

Pleasure boat
Each summer we talk about taking the Enterprise boat from Truro to Falmouth. It would be interesting to see the river from a different perspective. We’ve walked along a small part of the Fal from Trelissick. There are often large ships anchored up here whilst awaiting their next voyage, or for the price of their cargo to rise! Another popular alternative would be to take a trip on the Thames, possibly on the Thames Clippers. Essentially it’s like a bus service on the river, you can hop on and off at lots of the major sites and listen to a free audio tour as you travel.

Ride a horse
This is Youngest’s choice and something I spent a lot of time doing in my youth. Eldest is not so keen though! We can do this locally or perhaps on holiday sometime.

Plane
Have you come across the flight radar app? It’s a mixed blessing if you have a plane mad child. Every time we see a plane or con trail in the sky Eldest wants to know what type of plane it is, where it’s going from and to, what it looks like, when it will land, etc etc etc. I’ve learned a lot. Although he’s already been on a plane at 5 months  visiting family in Spain, needless to say that doesn’t really count for him. Youngest is also keen for a plane trip and I think there may be a bit of jostling for the window seat. They don’t know yet but this particular dream will come true in May when we take a UK plane trip to visit family, Eeek! Even I am very excited. I’m taking the two of them on my own; it will certainly be a new experience for us all!

Double Decker Train
My experience on a ‘bilevel rail car’ (new vocabulary for me) was on a visit to the Netherlands with well travelled Auntie J. Again, there’s a whole world of double decker trains to choose from, excepting the UK of course. This one will need a bit of researching, but I see there are some in France which we might be able to seek out.

There are lots of other modes of transport we could explore, but this list will keep us going for now. Others of interest to Husband and I would be the beautiful Moscow Underground and the Mid Levels outdoor escalator in Hong Kong. Something for the future perhaps.